Let’s start on the right foot and define some things. User experience is a broad concept that means different things to different people. For those who work in the field, it’s often a lot more nuanced than it appears to those looking in from the periphery. Erik Flowers contrasts these views in more depth, but here’s the gist of it: 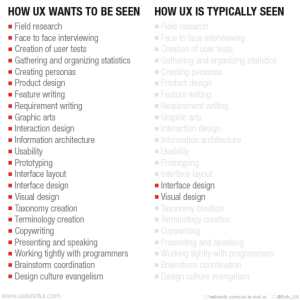 Takeaway: the design aspects can’t be overlooked, but neither should the other 20+ roles.

For those unfamiliar with the history of UX, you can find traces of modern UX principles starting back in the 1950s with psychological principles like Hick’s law and Fitt’s law. The 60s and 70s saw the dawn of Human-Computer Interaction through people like Douglas Engelbart, Alan Kay, and others at places like Xerox PARC. Then in the 1980s figures like Don Norman emerged, advocating for user­centered design. By the early 2000s the Information Architecture Institute was founded, and the dotcom boom had been feeding this snowball for a while already.

Alright, that’s a lot. I’m just trying to set the scene. As long as we’re on the same page and understand that UX practitioners look beyond the tip of the iceberg we should be moving in the right direction.

The UX Gap in Enterprise

The majority of UX conversations originate in the consumer space. Companies like Google and Facebook are often recognized for their obsession with user experience. There are even annual UX­focused award ceremonies covering a variety of categories. Need a counter example? Do a quick search on “healthcare.gov user experience.”

The moment enterprise becomes part of the conversation, people seem to start getting nervous. And it’s true—there’s a lot more to consider when it comes to building out enterprise systems. There are more moving parts, more stakeholders, more sign offs, etc. Take SAP for example. I haven’t had the opportunity to work their software first hand, but based on what I’ve heard I’m not exactly eager to give it a try. In many cases, there’s less interest in devoting resources to making things look and feel sleek or modern. But that’s fine. Battling over appearances doesn’t need to be a top priority. Yet, there is a fundamental problem with user experience becoming a concern halfway through the implementation of a large project.

User experience should define the system, and this is only possible if it is taken into consideration at the onset of a project. Regardless, the UX conversation typically isn’t even about actual UX. Instead the focus is on how things look: visual design and interface design. Aesthetics. This is what many people call “lipstick on the pig.” Let me be clear. I love pigs and have been considering adding a miniature pig to my family for quite some time. 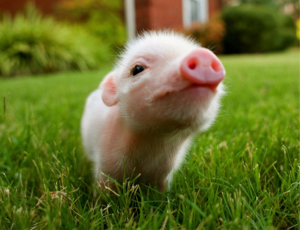 Yes, my pig would be adorable. I’m referring to another pig though. This pig: 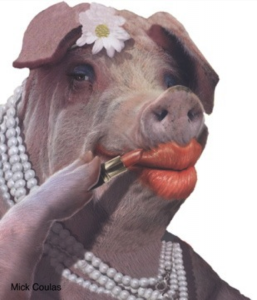 So now what’s the problem? Why isn’t the lipstick enough? First and foremost, we should be making it easier for people to work. Right? If that alone isn’t enough to justify the investment then let’s take another angle:

Lipstick on a pig might be convincing initially, but money doesn’t lie.

Let’s look at some rough numbers to get an idea of the price of user experience. Start with an estimate of the number of users, how much each of those users costs, and the amount of time they spend using a system each day. And no, we’re not being very scientific about this.

U = number of users

For the sake of the discussion we’ll assume that time spent using the system directly correlates to how efficiently one can use the software. Plug in some numbers: 40,000 users paid around $15/hour, using a system for 4 out of 8 hours a day on average. This gives us about $300,000 per day we can effect by introducing efficiencies. Fair?

What if our system is just slightly easier to use? What if we could save users 15 minutes per day by optimizing the experience? In our example, we would be saving $20,000. Per day.

Expanding from there, what does the learning curve look like? Are there different types of users, and if so how does the cost change when you calculate the sum of their experiences like Ben Werner discusses? What about support costs? Billy Hollis even suggests factoring in the training costs.

At the end of the day, there are a significant number of peripheral costs to any widely-used system. There are clear ties between these costs and the ease of use of the system. Improving user experience serves a higher purpose than simply making things more aesthetically pleasing. It streamlines processes from start to finish, enables efficiency for each user, and has the potential to add enormous value over time. If we were to approach enterprise systems more like consumer ­facing systems, we would have the opportunity to elicit a similar form of delight in our own people. Better UX can lower the bottom line.

What do you think? Have you found other effective ways to pitch UX in an enterprise environment? 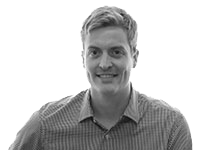 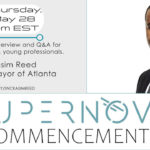 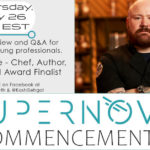